Secretary Julie Whales must have been delighted when witnessing the number of horseboxes arriving, the huge variety of tradestands setting up and the impressive picnics being laid out for the West Norfolk Hunt point-to-point at Fakenham.

The number of runners exceeded expectations from the original sparse entry which provided an above average, enthusiastic attendance with plenty of action. In fact there were 27 runners from the original 36 individual horses entered. Tremendous credit for this goes to Clerks of the Course William Wales and Trevor Whales who by the utilisation of Fakenham racecourse’s irrigation system had provided genuine “good” ground which was duly acknowledged by connections of all the runners that faced the starter.

The whole team at Fakenham were keen to extend a big thank you to all who ran their horses at the meeting, putting on some excellent racing and making a great day for all.

The highlight, though, for secretary Julie came when her horse Multimedia won the Restricted race to follow up victory at the corresponding meeting last year. Multimedia requires this better ground and husband Trevor had used the Links at Newmarket in the past for keeping the horse fit but had now resorted to rotavating an area of their farm to provide an all-weather strip and this has proved invaluable. The 9-y-o had looked booked for second place as Bullsempire and Richard Collinson took command, approaching the last but Multimedia and his jockey Rupert Stearn were not to be denied and ran on strongly to win by ¾ of a length. 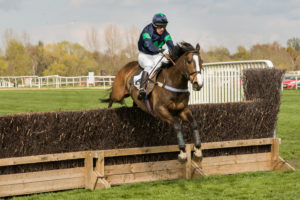 Rupert Stearn, after his winning double at High Easter last weekend, scored another victory in the concluding Open Maiden on Broadwater. This saw Rupert at his best after the pairing had scrambled over the first few obstacles. The pairing then became in unison and full of running heading out on the final circuit. They collared the newcomer Champagne Vintage approaching the second last and took the honours. 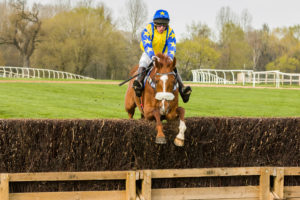 Broadwater gives Rupert Stearn a double on the day

Broadwater is trained at Newmarket by James Owen and is a half brother to Oakidoaki who was one of Rupert’s winners at High Easter. There is also another family connection as Pat Betts, the owner and breeder of Broadwater, is Rupert’s great uncle.

The first two races were won in stylish fashion, using front-running tactics by two promising additions to the jockey’s ranks. Lucy Hammond and Ronava jumped splendidly throughout and never looked like being caught in the opening event the PPORA Club Members’ Veteran & Novice Riders Conditions race. The horse has a North Ledbury qualification but the Hammond family, owner, father Mike and trainer, mother Zoe are now based at Downham Market in Norfolk. The horse ran in the family colours, first registered by Mike’s father, who sadly passed away last year. Mike himself rode over 40 point-to-point winners during his career and Lucy’s brother Charlie is currently conditional jockey to Dr. Richard Newland’s stable. This was Lucy’s second career win and the she impressed the crowd with her confident approach to the whole race. 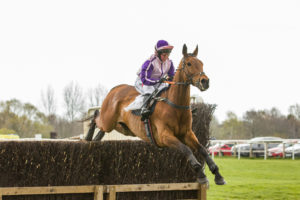 Another similar game plan was executed by Meisha Micklewright on Love Manhattan in the PPORA Club Members’ Condtions race. This was Meisha’s fourth win  from ten rides which certainly puts down a marker for her future in the sport. Tom Chatfeild – Roberts, Meisha’s partner, was delighted with the performance of Love Manhattan who had performed well at a previous appearance at Fakenham, when finishing 2nd in 2016. 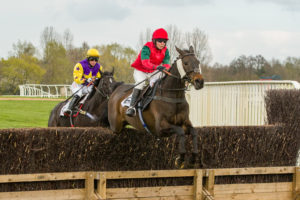 Both the Open races were three runner affairs. The Men’s event went to Caryto Des Brosses, who made all and was never troubled. According to jockey Dale Peters this 7-y-o is “the real deal. Everything about him. He’s economical, travels well and stays. His potential is untapped” The partnership now head to the Cheltenham Hunter ‘Chase meeting at the beginning of May and owner John Ridge now can look forward to the future after his horse has fortunately recovered from several issues which have exasperated trainer David Kemp, in the horse’s preparation. 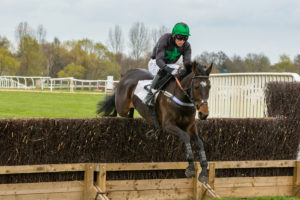 Sa Kaldoun must be coming Rosie Turner’s favourite racehorse. The pairing completed their fourth win together in the Ladies Open when rallying, after the last, to beat the favourite Tullys Touch. The pace of the race was very slow from the start but as the two leading contenders went along the back straight, on the final occasion, there was a serious injection of pace. Tullys Touch took the lead under Izzie Marshall two fences out but the winning partnership of Sa Kaldoun and Rosie found some extra reserves to the delight of trainer Ed Turner who vaulted over the fence, after the winning post, to greet his winners. 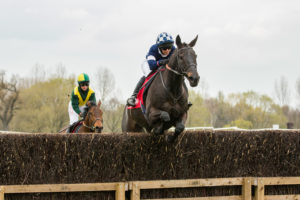 Sa Kaldoun and Rosie Turner impress in the ladies open

Darren Thomas, knocked unconscious by Racing Eagle’s fall in the Restricted, was taken to hospital but given the all clear and able to return home. Darren has been overwhelmed by the messages he has received and is most appreciative of all the comments.

This was a really pleasant afternoon’s racing. Good atmosphere, exciting finishes and very well organised fixture. Just the type of meeting Henry Hill, a real character of the East Anglian point-to-point scene, would have enjoyed who sadly passed away last week.