REPORT OF THE CAMBRIDGE UNIVERSITY DRAGHOUNDS

At this third and final meeting of the season at Cottenham, winning honours were equally shared between East Anglian horses and those from outside the area.

The three, local successes were recorded by Just Cause, Forever Field and Josh The Plod with the former continuing his supreme, superiority shown this season with another facile victory in the Mens Open. Partnered by the owner’s son Rupert Stearn, their dominance was never in doubt after they took up the running two fences out and eventually finished 10 lengths ahead of, their nearest rival, Zeroeshadesofgrey. Rupert praised his mount afterwards “a beautiful ride and such a good jumper“ and confirmed the plan for the rest of the season would be to keep to similar races. Just Cause could amass quite a sequence, if ground conditions continue to suit. 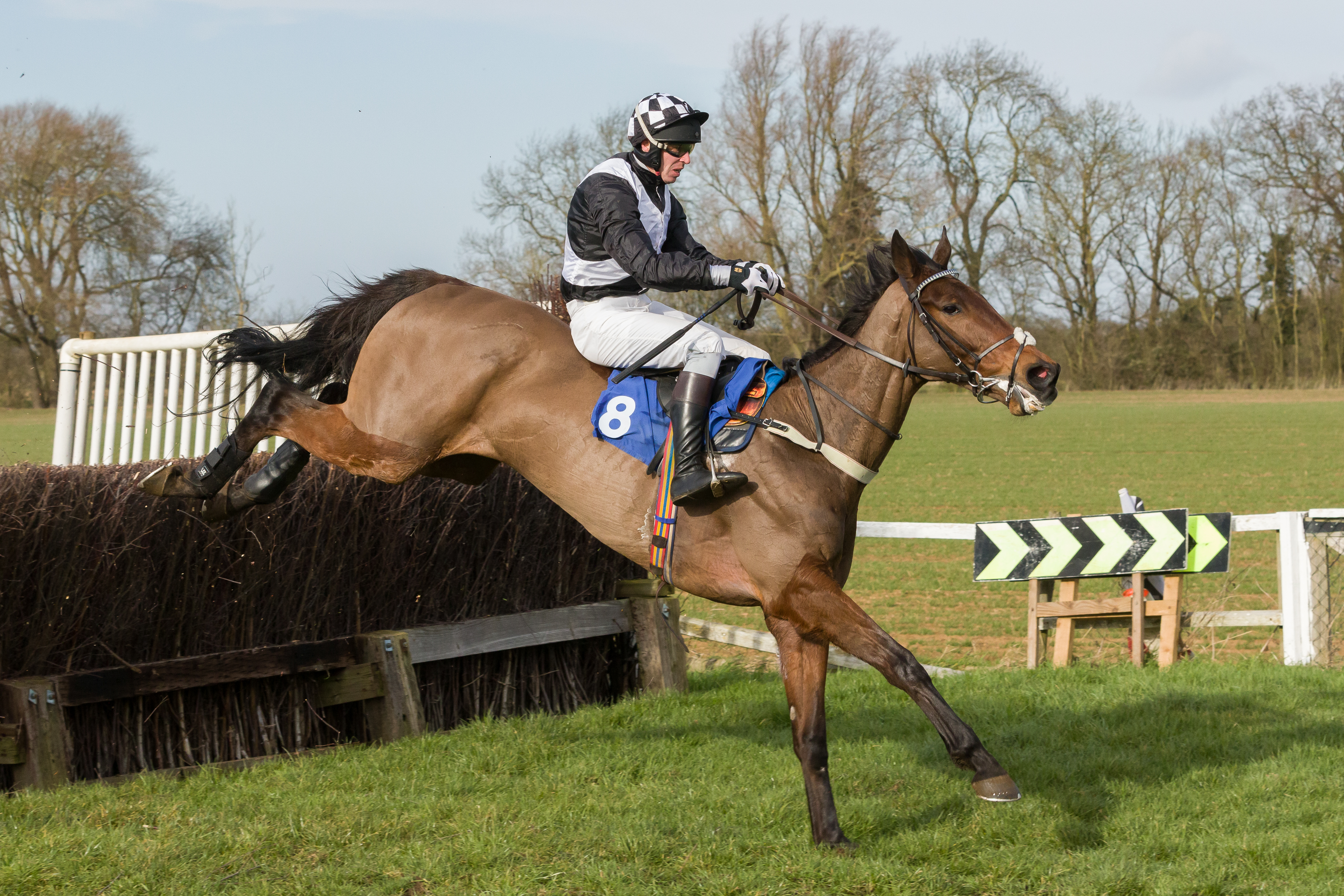 Forever Field’s bold jumping and front-running performance proved to be a key factor in the opening Hunt race. Although this was not a pre-meditated plan, by jockey Archie Wright, to be in front, but as his mount was enjoying life ahead of his three rivals, he continued the format. They were still 4 lengths ahead when passing the judge. The 10yo Forever Field was bought privately by owner/trainer Nick Wright two months ago from Nicky Henderson’s yard and this was a pleasing performance to provide son Archie with his first winner of the season. The other three runners never really troubled the winner with General Arrow making early jumping errors and Net D’Ecosse, who finished 2nd, never closer enough to challenge. 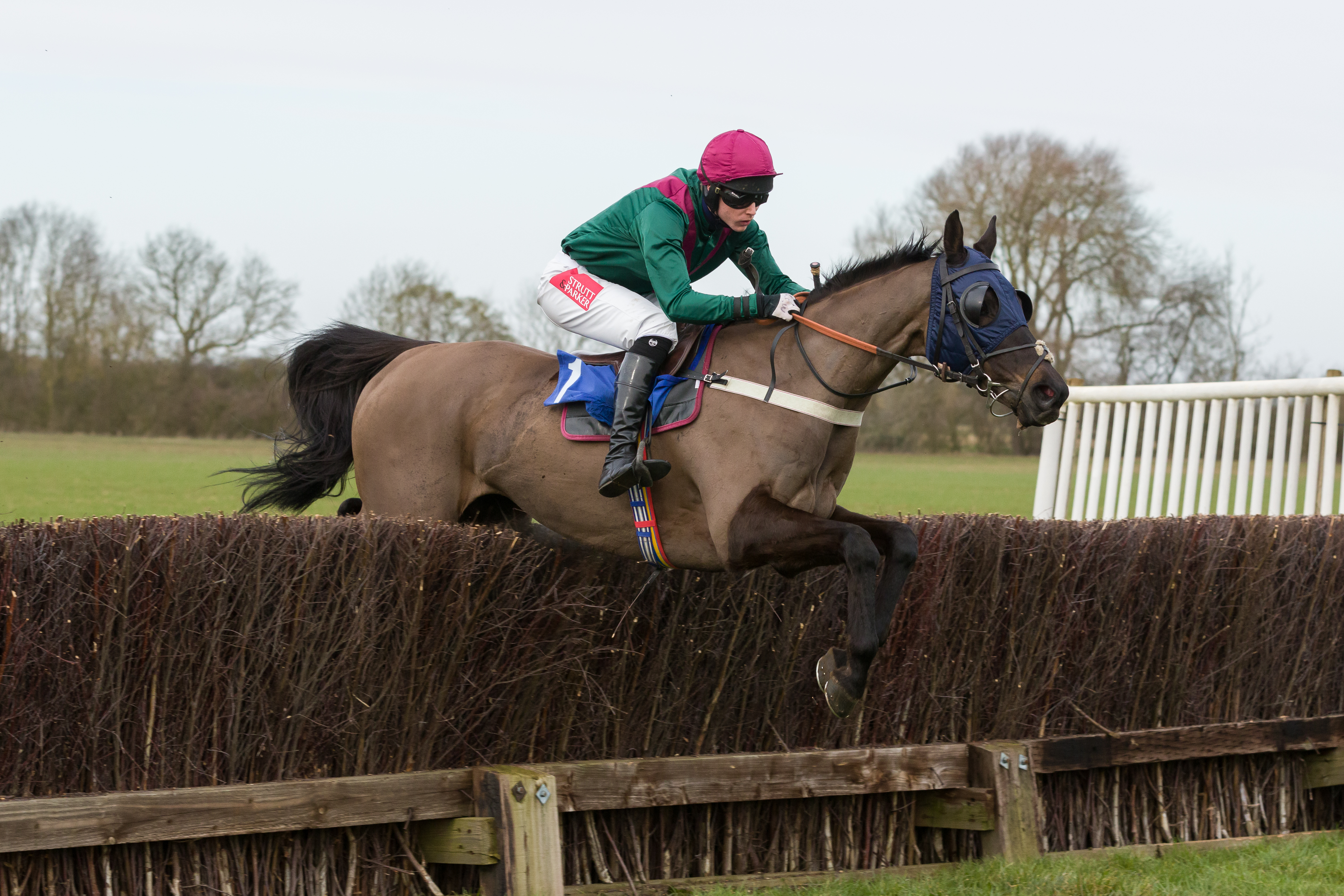 Forever Field and Archie Wight winners of the Hunt race

Another chalking up his first winner of the season was Charlie Buckle, owner/jockey of Josh The Plod, who won the 2 ½ mile Open Maiden,  They took up the running after the leading horse, No Gale, had fallen and brought down another, at the first fence in the straight. There were subsequent concerns; the position of the sun had played a part in No Gale’s departure. The same fence was by-passed the next time round as an injured jockey was still receiving attention. Josh The Plod galloped-on relentlessly and was able to see-off the challenge of the favourite Ringa Ding Ding by 3 lengths to the delight of trainer Rob Cundy who commented “it’s been a long time coming”, as this is the 6yo’s third season of pointing. 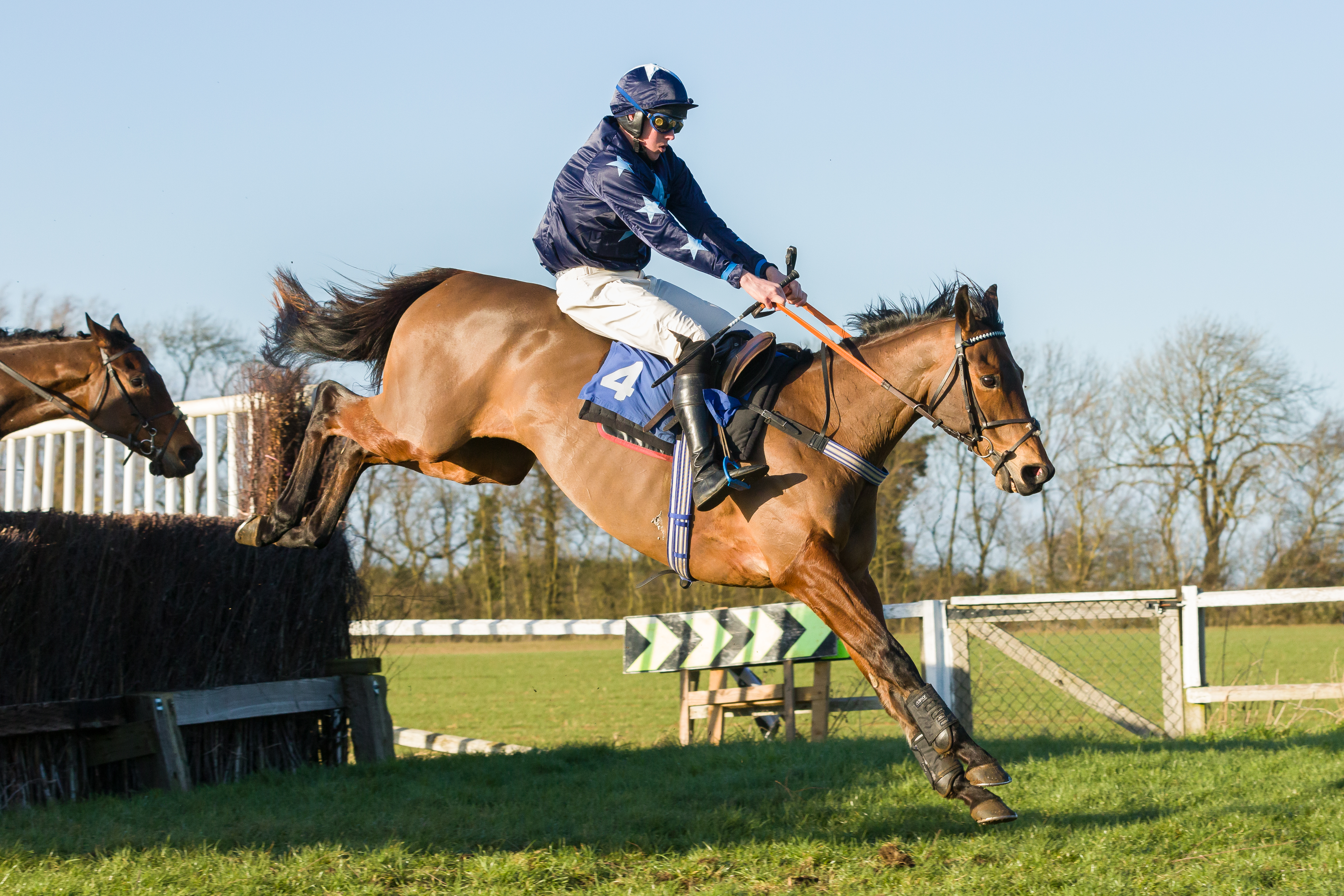 Several of the 39 runners had made the journey to Cottenham, knowing the meeting would definitely take place and on ‘good’ ground conditions. Trainer Judy Wadland brought Signed and Sealed from Warwickshire, purely for these reasons and duly won the Restricted race. A visit to Cottenham last season was not undertaken as the ground was considered too firm but with everything in order this time and a suitable 2  ½ mile trip, Signed and Sealed under Jack Andrews, raced to a comfortable success. They were challenging the favourite Bold Gesture, three fences from home when Dicky Collinson was unceremoniously unseated and received a mauling from his own horse and a kick from the eventual winner. Andrews had been aboard when the 7yo won his Maiden at Garthorpe last season and rode the winner, here, with the utmost confidence to win by 5 lengths from Rivercourt Guy. 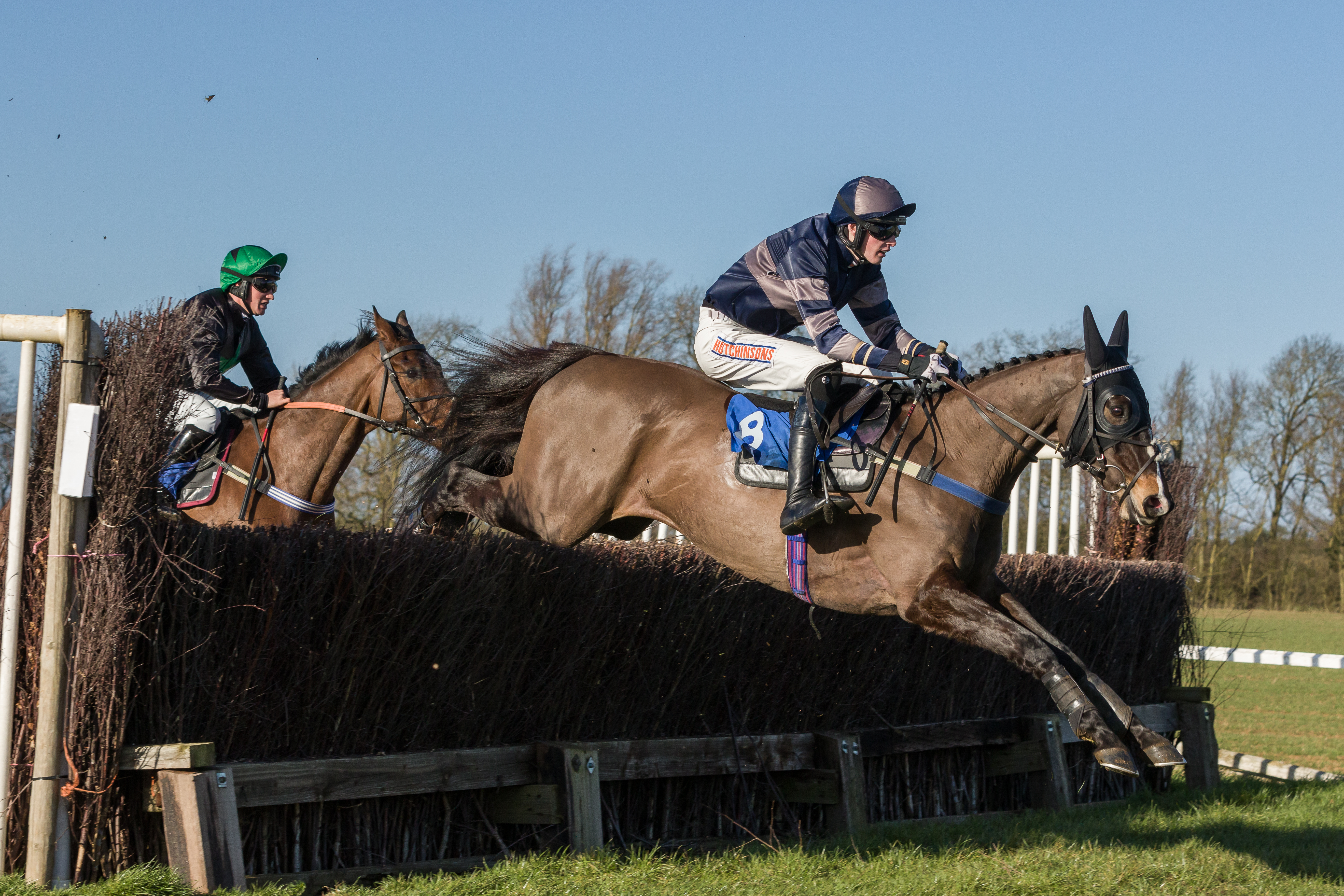 Signed and Sealed  and Jack Andrews on their way to victory in the Restricted race.

Manicman was successful in the 3 mile Open Maiden for Yorkshire trainer Bella Sowray, who had made the trip down South in the full knowledge that the weather conditions would allow the meeting to go ahead, as scheduled. Ridden by the Yorkshire-based jockey Jack. M. Andrews, they made their move two fences out to take on the leader Morning Smiles, who was jumping fluently in front. The winning combination saw the race out well and had put 5 lengths between themselves and Morning Smiles, by the finish. Jack confirmed connections had targeted the meeting for the ‘good’ ground conditions and with probably less runners contesting the race. So Jack now proudly possesses a 100% record at Cottenham. One ride, one win.The 1/3 favourite, My Bobby Dazzler, jumped erratically and didn’t advance further than the open ditch, on the first circuit,when unseating Ben Bromley, 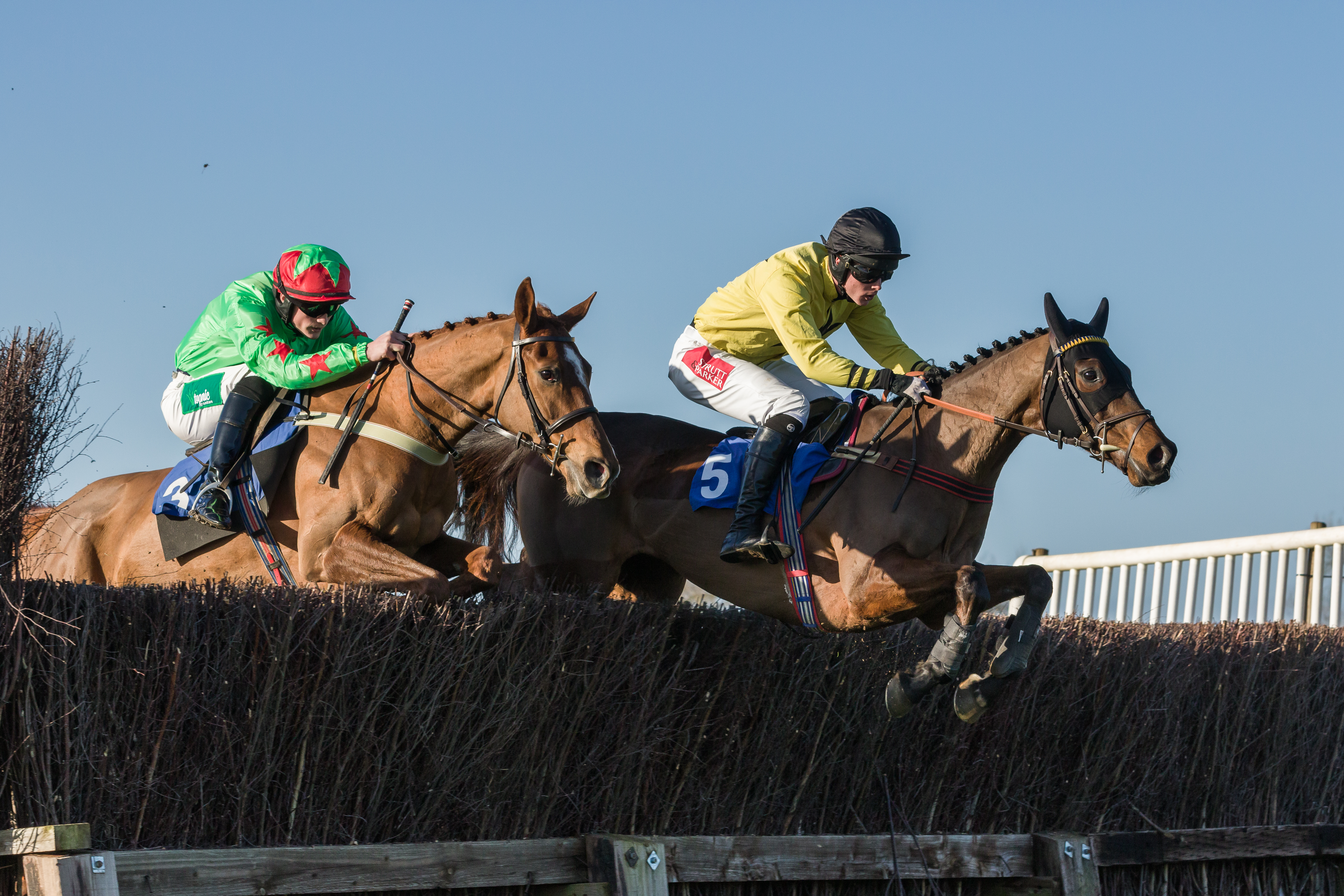 There was also a first Cottenham winner for Lily Pinchin, in the Ladies Open “after several rides” she added. Her mount Lord Scoundrel gathered in the front-running Knockedoutloaded and Alex Knight, two fences out and extended the winning distance to 6 lengths. Lily works for the trainer of Lord Scoundrel, Graeme McPherson and was full of praise for the stable staff at McPherson’s yard, based near Stow-on-the-Wold, in bringing this fragile, 11yo back to racing fitness. If this can be maintained, they fully intend to take their place in the line-up for the Foxhunters at Cheltenham, next month. Graeme, who trains on a full licence, had not had a winner for three months, so was delighted to re-visit Cottenham with this former Gordon Elliot-trained, Galway Plate winner of 2016. Graeme was returning to Cottenham to oversee and support his daughter Eliza, in an earlier pony race and on his first visit to the course in 2006 he had a winner, in the Intermediate race at the corresponding meeting, with Mr. Naborro, at very long odds. 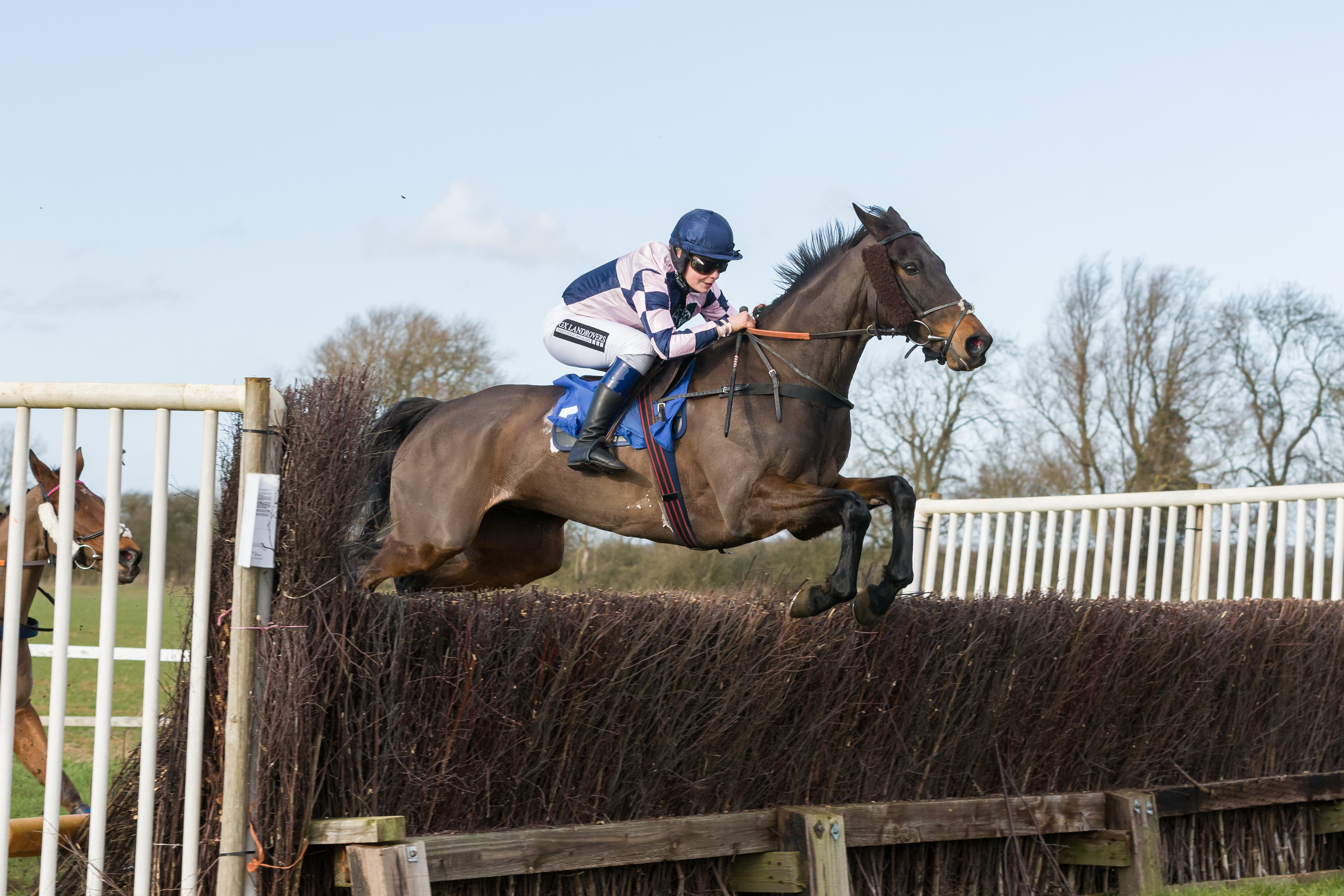 Dicky Collinson who took that crashing fall off Bold Gesture in the Restricted race was taken to hospital for precautionary X-rays and CT scan and although very sore, thankfully, nothing was broken. Archie Wright, who ironically was deputising for the side-lined Collinson, was significantly battered after his fall from No Gale, and suffered a collar-bone injury,

Awards were made to Ben Bromley ( East Anglian jockey of the month for January) and Jack Andrews ( Cottenham course championship leading rider 2019/20 ) to round-off the Cottenham season.

ALL PHOTOGRAPHS COURTESY OF AND AVAILABLE FROM www.gdbphotography.co.uk

Here are the results for the Cambridge University Draghounds meeting

held at Cottenham. The official going was good.