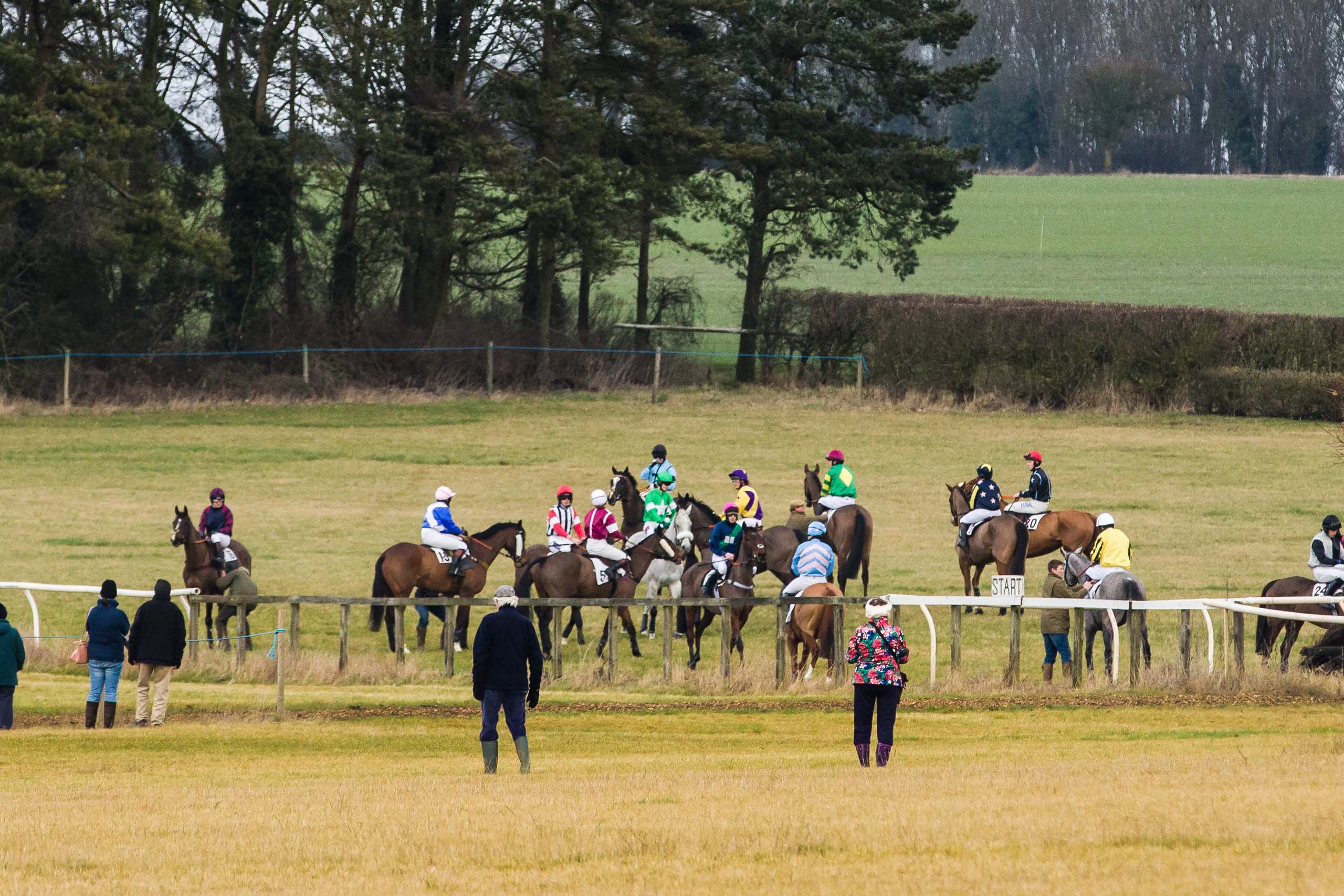 Magnificent treble for Nick and Archie Wright at Cottenham…

Magnificent treble for Nick and Archie Wright at Cottenham…

It was a New Year’s Eve to remember for local Badlingham trainer Nick Wright and his team at Cottenham on Sunday as they registered a magnificent treble from just four runners on the card.

Victory in the opening Hunt Club Conditions Race for In A Blue Dust was testament to Wright’s training skills combined with his son Archie’s prowess in the saddle, as the grey gelding was produced late under a patient ride to win on his first racecourse appearance for more than three years. “He suffered a tendon injury when winning here back in November 2014 so we’ve just had to be patient with him but today makes it all worthwhile”, noted the winning handler.

Nick and Archie Wright registered a quick-fire double in the second race with an impressive performance from their progressive six year-old Mr Maclennane who has now won twice from four outings. “He won the Maiden on this card last year and had been working well at home. This is the first time he has raced on soft ground and as a son of Witness Box he seemed to relish it”, beamed the victorious jockey.

The memorable hat-trick was completed with a noteworthy performance from Nick Wright’s new recruit Almost There in the Open Maiden. The six year-old mare put together a slick round of jumping to win in the style of a classy prospect which excited the winning trainer. “She doesn’t show much speed at home but she was very impressive there and hopefully we can target some of the mares’ point-to-points and hunter chases this season. What an amazing day”, added an overjoyed Wright.

Even the Wright yard’s fourth runner, Bertredgipandgump, ran with aplomb, but could not cope with last season’s Champion Novice Hunter Chaser Now Ben in the Men’s Open. Justifying the long journey from Phil Rowley’s yard at Bridgnorth in Shropshire, Now Ben was able to coast home under Alex Edwards having been left clear when second favourite Bivouac unseated Tim Gredley at the second last fence. “That’s his third win at Cottenham, he loves it here”, exclaimed winning part-owner David Minton, “we’ll aim him at a hunter chase at Ludlow next and his big goal is the Champion Hunter Chase at Stratford in June”.

Former International Show Jumper Tim Gredley did not have to wait long to made amends with success aboard his own Just Cause in the following Club Members Conditions Race for Novice Riders. The combination had to survive another error at the second last fence, but ultimately proved far too good for their toiling rivals. Recruited from the Gigginstown Stud Dispersal in August, this was Just Cause’s first success in a UK Point-to-Point following his second place last month at Barbury Castle on debut for James Owen’s Newmarket yard.

The long journey from Yorkshire paid off for Sheriff Hutton trainer Christine Drury with her new recruit Shimla Dawn who, despite racing freely under jockey Emma Todd in the early stages, stayed on tenaciously to thwart the patiently-ridden favourite Ivy Gate in the Ladies Open. This was Shimla Dawn’s first run in a Point-to-Point having formerly been trained by Mark Walford under rules. “I work for Mark Walford and rode Shimla Dawn every day when he was there. I recommended him to Christine so I’m delighted that she’s allowed me to ride him today”, said the winning rider.

A rousing finish concluded the day for the 2m4f maiden with National Champion Will Biddick aboard Danny’s Star for Worcester-based trainer Martin Weston just getting the better of double-seeking Alex Edwards on The Captain.