Preview of the Cambridge University Draghounds meeting at Cottenham –

The action returns to Cottenham, on Saturday, for their third and final meeting of the season and comprises of a six race card, commencing at 12noon, with the Cambridge University Draghounds Hunt Race.

With only four entered in the opening contest, it may appear to be of little interest, but with Net d’Ecosse and General Arrow hailing from the in-form stables of Tom Ellis and James Owen and with the ex-Nicky Henderson trained Forever Field, also in the line-up it could be a closely fought affair.

The Men’s Open has the largest entry, with 12, and is headed by Just Cause, the winner of both his races this season, at Ampton and Higham. In the latter he ran away from the field on the second circuit to score by 30 lengths and is no stranger to winning around this track. He could be opposed by Ballykan and Burtredgipandgump who both were runners-up in races at the previous Cottenham fixture, whilst Goodthyneaway boasts winning NH form last year, in races up to 2 ¾ miles.

The Ladies Open race features the highest rated horse entered, namely Southfield Theatre who would be an interesting runner at this fixture, but holds an alternative entry at Barbury. In two runs this season both of which were around Larkhill, Southfield Theatre defeated Ravished in the first, but was then just touched off by Virak in the second. At Higham two weeks ago Knockedoutloaded and Top Smart were in a battle up the home straight, but Top Smart unseated his rider at the second last, thus allowing Knockedoutloaded to give his rider, Alex Knight, her first win. 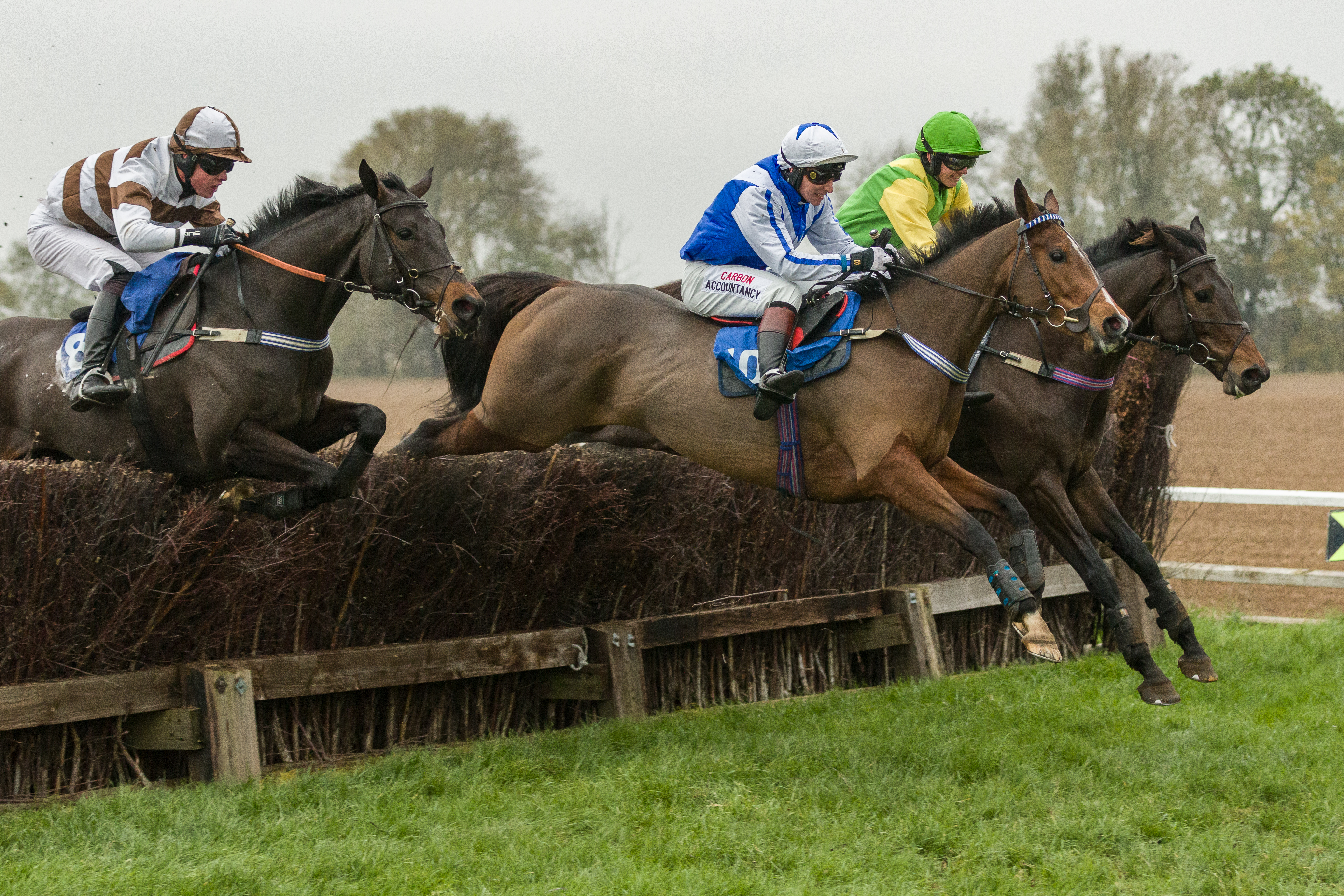 FRANK AND HONEST (far right) on the way to winning, at Cottenham, in November

There are two Open Maiden races to conclude proceedings, one over the standard distance of 3 miles and the second over 2 ½ miles.  Connections are hedging their bets regarding the optimum race in which to run their horse, as six of them are entered in both contests, the standout entry being My Bobby Dazzler in the 3 mile Maiden.

Pony racing from 11am. First Point-to-Point race is at 12 noon.